They say that children grow up so fast, and the saying even applies to websites now as the social media phenomenon known as Facebook recently turned 10 years old. Whether you use Facebook every day to connect with your customers or simply have an account to stay in touch with friends and relatives, it’s impossible to deny that Facebook has revolutionized the way we reach others.

Back in 2004, Facebook was only a small website for Harvard students to find each other online. It had no ads or a business plan, yet at the end of its first year, “theFacebook.com” already had over a million users. As Facebook evolved, it soon opened its doors to more than just university students. Enduring some lawsuits and privacy backlashes along the way, it has now grown into a company worth $150 billion, with over 6000 employees and 1.11 billion active users across the world.

Perhaps one of the most important developments for Facebook was the jump to mobile devices. When the iPhone came out in 2007, the Facebook iPhone app was not far behind it. However, initial releases of the app were slow and full of problems. Potential investors had growing concerns that the company would not be able to properly adapt to the mobile platform or even have the ability to make money from mobile ads. Today, however, more people access Facebook through their phone than on the classic website and the company’s advertising revenue now comes from mobile, rather than Web ads.

With Facebook’s Statement being to connect the world, it’s safe to say Mission Completed. Congratulations on your 10th birthday, Facebook. We’re looking forward to seeing what you’ll bring to us in the next decade. 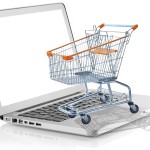 3 Benefits of Having an e-Commerce Site 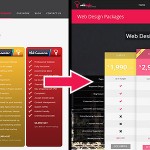